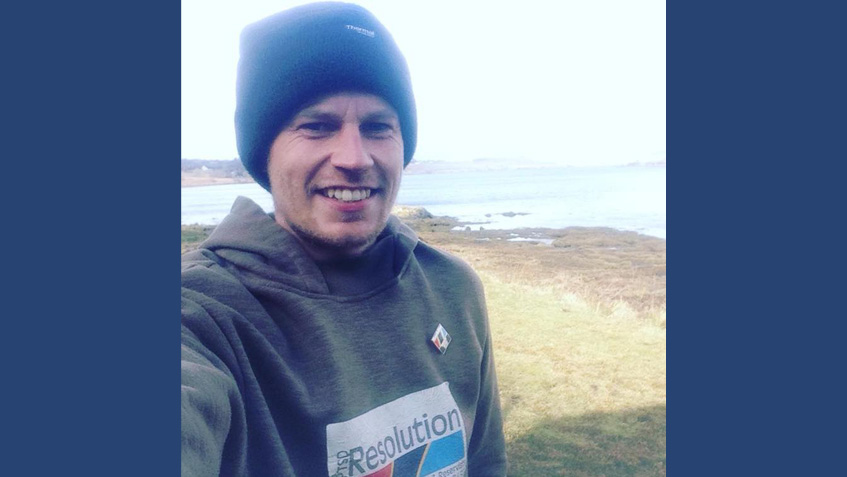 “I am now nine months into my week and I have never looked back.”

Veteran Sam Doyle has recently made the headlines with his incredible walk around the British coastline, all in aid of PTSD Resolution. Sam took some time out of the walk to talk to PTSD Resolution about his military career and the impetus for this fundraiser

“I joined the Royal Horse Artillery as soon I left school. In 2008, I served in Afghanistan as part of a four-man fire support team but on my return to the barracks in Germany, I realised that something wasn’t quite right. I felt a massive change in myself  and I could feel my mental state deteriorating day by day. I chose to be discharged from the British Army and ended up joining the French Foreign Legion but this was a mistake. With the Legion, I felt my mental state deteriorate further and the signs of PTSD start to emerge. Luckily, in 2010, the Legion kindly discharged me on medical grounds.

“Over the next six years, my PTSD symptoms got worse and worse. My first port of call was my GP who diagnosed PTSD and referred me for help through the NHS. I tried therapy, antidepressant medication and psychiatric treatment, all of which worsened my PTSD and led me to start experimenting with alcohol and much stronger drugs - both legal and illegal. At this stage, I felt really disappointed with the MoD and that it would be wrong for me to reach out to a veterans’ charity.

“However, things continued on a downward spiral. The substance abuse continued, I couldn’t hold down a job and started missing all of my NHS appointments. During the next five months, I not only lost my home but I even attempted suicide.

“In May 2017, I reached a turning point. I decided that I could either attempt suicide again or I could pack up my rucksack and become homeless again. I chose the second option and told my best friend that I just wanted to walk the entire coast of Britain. He said that I should do it for a worthy cause, not just for myself, so I got in touch with PTSD Resolution and asked if they would allow me to do it as a fundraiser for them.

“On 27 May 2017, I arrived at Blackpool Pleasure Beach to begin my coastline walk.  I am now nine months into my walk and I have never looked back. So far, I have completed 2000 miles, gone through seven pairs of boots and have raised close to £7000. The highlight for me has not only been the therapeutic benefits of the exercise but meeting my best friend - Jess, a lurcher cross greyhound who was looking for a new home and has since become my walking companion.

“The money that I have raised so far will pay for 12 veterans to have therapy from PTSD Resolution and this is my incentive to walk the additional 6000 miles of coastline. Along the way, I have talked to countless people about what I’m doing, about PTSD among veterans, all with the aim of trying to raise awareness of this condition and of this charity.”

PTSD Resolution is incredibly grateful to Sam for fundraising in aid of PTSD Resolution and wishes him every success on the rest of his journey. For veterans who find themselves in a similar situation, they can contact PTSD Resolution for free, effective, local and prompt treatment.

Previous
All Studies
Next