Delivering Therapy to Veterans in Prisons 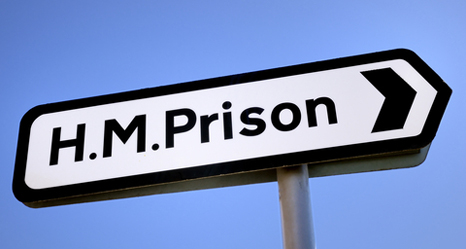 PTSD Resolution supports armed forces’ veterans with mental health issues at work, in the community and in prison, to support their rehabilitation and life prospects.

PTSD Resolution has treated 104 ex-service men and women in 21 UK prisons - with good results. As an independent mental health charity with 200 therapists across the UK, PTSD Resolution has stepped up to confront a problem others ignore: PTSD is on the rise amongst ex-military personnel and, unsurprisingly, in prisons.

A 2018 study on mental health worldwide found that up to 27% of male prisoners - and 37% of female - suffer Post Traumatic Stress symptoms. The same study revealed 90% of detainees with PTSD have received no psychological treatment - making PTSD the least treated mental disorder in prisons. [1]

What is PTSD? Post-Traumatic Stress Disorder is a reaction to trauma. It sometimes occurs years after the triggering event. It involves both emotional and physical distress. Some common symptoms are nightmares and flashbacks, feeling ’on guard’ all the time, panic attacks, not sleeping, difficulty feeling ‘normal emotions’ and poor concentration. This can spiral into drug and alcohol abuse, self-harm, violence and suicide.

PTSD Resolution is committed to helping ex-service men and women who have been let down by other services - or - who are difficult to reach. Unusually, alcohol and drug issues are not a barrier to treatment by the charity and many therapists have experience treating UK Veterans in prison. 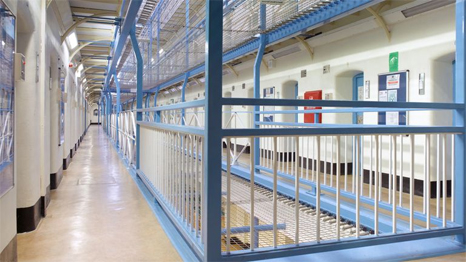 One of those therapists is Andrew.

Andrew worked as a computer operator, filmmaker and teacher before retraining as a therapist. For six years he has worked with PTSD Resolution, treating over a hundred Veterans, many in Category A or B prisons, serving either life or very long sentences.

Helping a person in prison with PTSD is the same process as helping anyone, Andrew says. Finding out what is missing in a person’s life - things like security, control and relationships - is the primary focus, then looking for ways to supply it. For example - when someone is in prison, routine can give a sense of feeling in control. Some Veterans approach being locked up as being like a tour, he says, which helps them get through the experience.

A lot of our needs are about relationships. Not necessarily intimate relationships, Andrew says, but the way we relate to the people around us. Anything toxic in a person’s life, like an abusive relationship can, and usually does, have a very negative effect on our wellbeing. Getting your emotional and physical needs met in prison is not easy for obvious reasons, he says, and therapists need to be creative - ultimately, though, treatment is the same for Veterans inside and out.

Importantly, PTSD Resolution treatment does not require any ‘re-telling’ of traumatic events. Instead, over several one-to-one sessions, therapists like Andrew work to non-invasively relieve symptoms - and to improve management of anger and stress.

A key factor is getting in early. In many cases there is a link between PTSD and being in prison in the first place, Andrew says - but not always. When there is a link, it reiterates the need to nip PTSD in the bud as soon as possible to stop things spiraling out of control.

If you are a Veteran of the UK armed forces or a family member and you feel any of this relates to you, please email contact@ptsdresolution.org or ring 0300 302 0551.

A message from Andrew:

“Many people in prison are likely to have had traumatic experiences in their lives, including abusive childhoods. Violence may have been ever present in their lives - fear, anger, addictions, nightmares and poor sleep are all symptoms of PTSD. In most cases, people with PTSD can be helped.

Then you can seek help.

The Defence Employer Recognition Scheme (ERS) encourages employers to support the armed forces community and inspire others to do the same. The scheme offers bronze, silver and gold awards for employer organisations that demonstrate support and align their values with the Armed Forces Covenant.

There many opportunities to help us. You can simply donate funds or actively work with us, as your charity partner. We have a wealth of experience in working with organisations like yours.