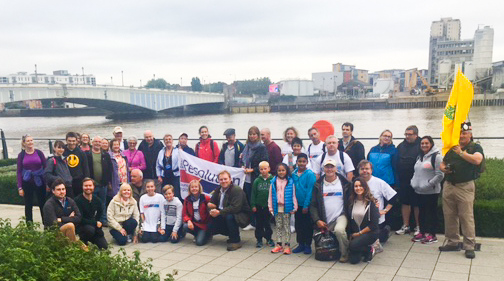 Supporters of PTSD Resolution raised new funding of over £1500 on the first ‘Shell Shock Walk’ on Saturday 17th September. If you were unable to join the walk you can still donate here:-
Donate to the Shell Shock Walk HERE

Members of the walk met at the Waterfront pub in Wandsworth on Saturday pm from 1:30 p.m. - thank you to the friendly and helpful staff.

There was a good attendance from friends and supporters of PTSD Resolution. Walkers met each other, many for the first time, and had a chance to chat and also look at World War 1 memorabilia that were brought along.

The walk set off at 1:30 following a short Introduction by the chairman of Resolution Tony Gauvain.

There was a pause in the walk at the Peace Pagoda where selected poems by the War poets were read by Charles Highett, walk leader and is also financial director of the charity. Other readers included the children of supporter Mike Sudlow, India and Sam.

The walk continued to the Southbank Centre and the Festival Pier where there were further poetry readings, and then continued on to Tower Bridge where the group crossed over and walked along the north side to the final destination.

The day was an opportunity for supporters of PTSD resolution to meet veterans, therapists and other supporters of the charity: it was a chance to exchange experiences and information about the scale and problem of military trauma, and getting helping in the UK.

There is still an opportunity to make donations to the walk if you were unable to attend or have friends or family who would like to contribute to the work of the charity. The organisers of the walk would welcome any comments and feedback about the day, which in total raised over £1500.

The walk is to highlight the issues of veterans’ mental health resulting from militatry trauma, and to raise funds for therapy through PTSD Resolution, which provides free treatment through a network of 200 therapists. Some eight out of ten people who are treated report that they require no further treatment, says the charity.

On the centenary of the Battle of the Somme, it is important to remember that many soldiers faced more than the threat of enemy fire, says Colonel Tony Gauvain (Retired)
Chairman of PTSD Resolution:

“Military trauma, then known as shell shock, was little understood and there was no effective treatment availalble. It not only impacted upon the mental health of these men, but also had serious social and legal consequences.”

Just a year before the battle, for example, the British Army declared that men who developed shell shock as a result of a shell explosion would be entitled to wear a special ‘wounded’ rank and receive a pension.

In contrast, men who had not been involved in a shell explosion were entitled to nothing and were instead branded as having a ‘defective character’. But such a narrow definition of the causes of shell shock was problematic because the Army often had difficulty in proving which cases were which. This left many soldiers adrift of the help and support they needed.

Tragically, many of the victims of Shell Shock were court-martialled during World War One and their diagnosis of shell shock was not considered an admissible defence.

Of the 346 executions carried out by the British Army, for example, 266 of these were for ‘desertion.’ Another 18 men were killed for ‘Cowardice,’ 7 for ‘Quitting A Post Without Authority,’ 5 for ‘Disobedience to a Lawful Command,’ and 2 for ‘Casting Away Arms.’ In 2006, the government issued a posthumous pardon to each of these men but, for these men, the damage was already done.

The Battle of the Somme created an additional 60,000 casualties of Shell Shock – a figure unmatched by any other battle – and, in its aftermath, the Royal Army Medical Corps was banned from using the term, ‘shell shock.’ While the name disappeared, the condition has lingered and the anniversary of the Battle of the Somme acts as its most potent reminder.

To see the maps of the walk, Part 1 and Part 2, please click the icons below: 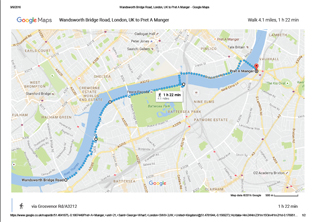 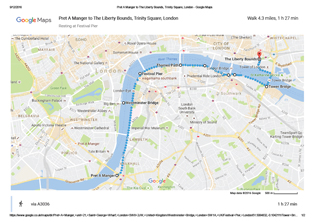 They are in PDF format and can be printed out for your reference.

PS: If you can’t join us and wish to donate to the walk, please click here.