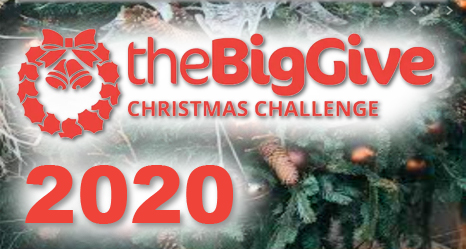 Donations will be doubled for supporters of Forces Veterans’ mental health through the work of PTSD Resolution from 12:00pm December 1st 2020. The charity also provides therapy to Reservists and families affected by Veteran’s trauma, through a network of 200 therapists, and by phone or over the web.

PTSD Resolution has been selected to participate in the Big Give Christmas Challenge, the UK’s largest matched funding campaign.

Donations to this project will be matched from 12pm on 1st December until 8th December 2020.

UK charities are “teetering on the edge of collapse” due to decreased donations and increased demand this Christmas season, says the organisers of the Big Give.

According to the latest report by the Big Give, one in five charities would usually secure more than a quarter of their voluntary income during the Christmas period. This year, nearly two-thirds expect donations to be lower than usual.

Christmas is a critical time for charity fundraising. The Big Give saw a 24 per cent increase in applications for their annual match funding campaign, the Christmas Challenge, which offers the public the opportunity to have their donations matched during the qualifying week in December.

Charities are using a variety of tactics to cope but thousands could close. Many charities are spending down on reserves (41 per cent), reducing service delivery (24 per cent) and restructuring (23 per cent) to cope with the impacts of Coronavirus. In addition, 60 of the 1,000 surveyed (6 per cent), are considering mothballing or closing completely. Across the sector, this could mean the closure of some 10,000 charities.