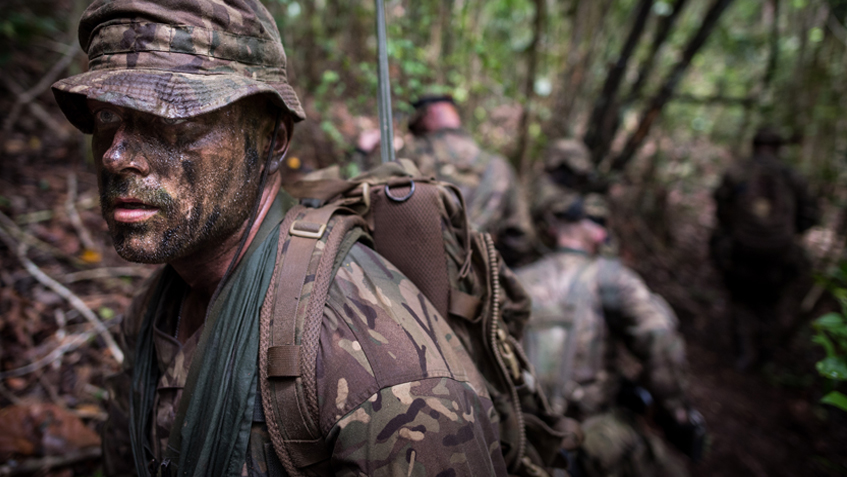 On Armed Forces Day, June 27, a mental health charity is highlighting the plight of armed forces’ veterans in the UK criminal justice system, many of whom are suffering from military trauma and are not getting the therapeutic support that they need to get well and be rehabilitated, says PTSD Resolution.

The charity is launching a film telling the story of a former HMPS prisoner and veteran of the First Gulf War, ‘The Silent Years’. PTSD Resolution is also holding a live webinar on June 26th at 1.30pm, Trauma Awareness Training for Everyone; the TATE programme helps people to recognise the symptoms of trauma in themselves, their colleagues or staff they manage. It provides clear information on appropriate support and routes for referral and treatment.

Government statistics estimate approximately four per cent of those in custody and on community orders are ex-services personnel; external estimates claim that the proportion in the prison population may be as high as 17 percent. In addition to criminality, military trauma left untreated can result in addiction, family breakdown and even suicide.

“The Coronavirus lockdown gives us all some idea of the stress of losing our freedom - if not actually being in prison. Many veterans are in the system - in many instances, this is at least in part because of the effects of military trauma that they are still suffering. If they don’t receive the therapy they need in prison to get better, how can we expect them to rejoin society responsibly? It is a justice system and humanitarian issue,” says Colonel Tony Gauvain (retired), chairman of PTSD Resolution.

The charity has provided free mental health therapy to veterans, reservists and their families for eleven years, across the UK.  It is one of the only providers of specialist help to former service’s personnel while they are in prison or have alcohol and substance abuse problems. Treatment is available through a network of 200 therapists, online or by phone during the lockdown.

Amongst ex-service personnel, 17 percent of those who had been deployed to Iraq and Afghanistan in 2014-2016 reported symptoms suggesting PTSD, according to research by the British Journal of Psychiatry. Those deployed in a support role such as medical, logistics, signals and aircrew were affected at a rate of 6 percent, 1 to 2 percent higher than in the general UK population.

Emerging studies are indicating that following the COVID outbreak, rates of PTSD among those serving as medical key workers, emergency service personnel and who have been personally affected by the pandemic are likely to be much higher.

Trauma Awareness Training for Everyone, the live webinar is on June 26th at 1.30pm,