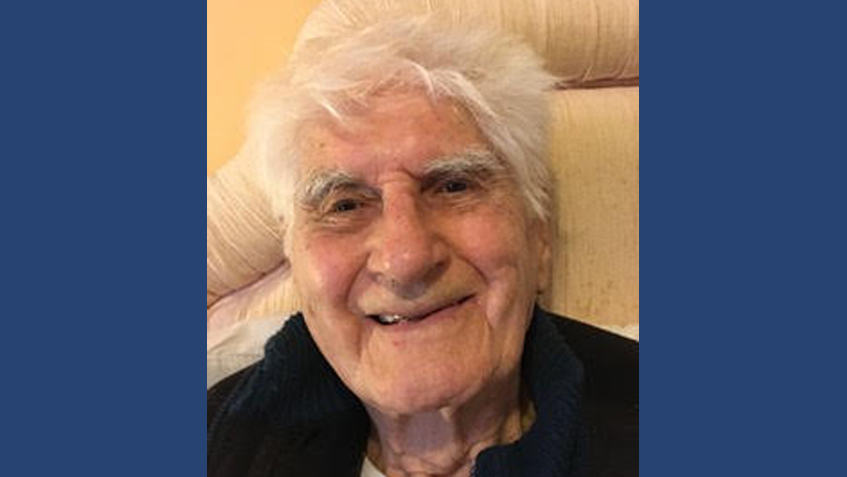 Paul Whitmore, a 94 year old army veteran of WW2 living in Torquay, has received help for mental health issues that date back to over 75 years ago. PTSD Resolution recently provided therapy to Paul; the charity helps veterans, reservists and their families with free treatment through 200 therapists nationwide and also now delivers programmes online during COVID-19 lockdown.

Paul lives with his only son, Iain, and his partner, together with their children.

Iain had concerns over his dad's anxiety levels back at the end of 2018 and made contact with Carol Harper for private therapy originally. When it was established that Paul had served in the armed forces, the referral was made to PTSD Resolution.

Paul and his wife, three years his senior, had recently relocated to Devon from their home of many years in Essex. In therapeutic conversation it became clear that Paul's anxiety stemmed from his early childhood.

A child in the London blitz he had been evacuated to Suffolk from where his mother recalled him following an incident in which he had nearly been hit by shrapnel thrown from shells dropped by a passing German plane. Back in London he worked as a clerk on the docks. Walking to work one day, stepping over fire hoses and debris, a colleague stopped him and advised him not to bother going any further. He made it to where his work place once stood: it had taken a direct hit.

Keen to serve his country, Paul was 17 when he volunteered with the Home Guard. On a nightly basis his detachment were sent to guard an electricity sub station at Purfleet on the Thames estuary from potential German paratroopers. With an oil tanker depot the other side of their shelter, they were vulnerable. He says it really was like Dad's Army: they were poorly equipped with five rounds of ammunition each.

On his eighteenth birthday, in 1943, Paul was called up for service with the 2nd Battalion Cheshire Regt. He was posted to an infantry support unit in Chester where he learned to operate heavy machine guns and mortars, which became his 'party piece' and his skills earned him a transfer to a specialist heavy weapons school on Salisbury Plain.

His regiment, on active service in the Far East, sustained heavy casualties and Paul's cohort were sent out as replacements. There were two men in excess of requirements so the two youngest were kept at home: Paul was one of them.

He remembers VE Day. He was training in Wales and spent the night celebrating in Anglesey.

At the end of the war Paul was sent to Palestine and he still struggles to make sense of the political decisions and violence that he was aware was taking place. He said he was 'boiling over' with anger.

Although he could have made a career in the Army, Paul decided to leave in 1947 when he met and married Joan three years later. He is grateful for his time in the services: it provided him with a home, social connection and some security. His wife's family embraced him and continued to provide that for him, although his childhood anxiety remained.

PTSD Resolution has been able to provide support to Paul and help him to an extent, come to terms with his childhood and subsequently the loss of his wife. In changing circumstances, illness and bereavement, his resilience and willingness to engage with the therapy have helped him gain a wider perspective and he presents as less anxious.

Although now largely confined to his room and with some dementia, he looks forward to the better weather when he can get out and enjoy the natural world, especially gardens.