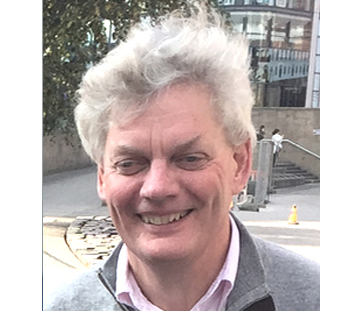 Lorne Mitchell,  BSc (Eng) MBA CEng CITP FBCS, spent 9 years as an officer in the Grenadier Guards followed by a series of executive roles in international telecommunications and business consulting. Since 2008 he has run his own company that specialises in strategic marketing and operational process improvement for the Telecoms, Media and IT sectors.

In 1996, he also became a Trustee of the HALO Trust - an international mine-clearance charity founded by his parents in 1986.  He now runs the HALO Trust Association which is designed to let former Trustees and employees stay in touch with the charity through networking, fundraising and welfare activities.

Lorne is married with six adult children and lives in Kent.  He is also currently studying to become a Human Givens therapist.