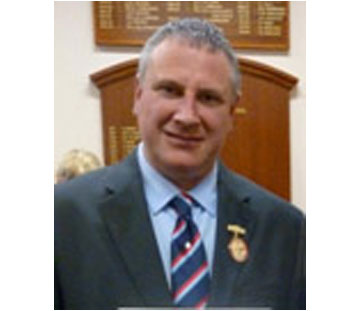 Born in 1964 in Aldershot 'Home of the British army'
Learnt at an early age the ineptness of support for our forces, when my best friend at school was moved out of quarters and into a shared council house weeks after his father was killed at Warren Point.
1982 enlisted into the 6/7 Queens Royal light Infantry TA

Experienced the effects of PTSD on person and family when former school friends came home from 1st gulf war in 1991.
After being introduced to the effectiveness of HG in treating symptoms of PTSD, I helped form the airborne charity 'Braveheart'.

I met and joined the ranks of PTSD Resolution four years ago and have seen first- hand the remarkable change to veteran's lives the charity has achieved.

2012 founded a project called B.A.S.I.C. to bridge the gap left by some of the bigger veteran's charities.
2012, I was awarded an 'Honoury Burgess' (freedom of the borough) for my work with vulnerable veterans.

My wife and I have been licensees of the Hare Inn, in Leighton Buzzard for the past 12yrs and were awarded 'National Community Pub of the Year' in 2012 and have reached the final selection in 2015.
Founder member of Bedford Borough Covenant committee